What Is Mouth To Lung Vaping?

Mouth To Lung vaping is the equivalent of smoking a cigarette, but for vaping obviously.
Maybe you didn’t realize this before, but smoking is a two-step process. It’s called indirect inhalation. Well, Mouth To Lung (MTL) vaping uses the same process. First, you draw the vapor in your mouth and then, you inhale it in your lungs.

When you take a puff on a cigarette, the pull is in fact quite hard. It’s because the air and smoke (from the combustion of the tobacco) must pass through the tobacco and the filter before reaching your mouth. It makes the draw tight, restricted.

Thus, there’s no other choice, to inhale smoke, than to sink your cheeks in more and more to create a negative air pressure within your mouth. This causes the smoke to get sucked in. That’s the first step of the process.

What truly makes this a 2 step method is that, for a more or less brief moment depending on the way you smoke, the smoke stays there, in your mouth.

The second step happens when you inhale the smoke you now hold in your mouth into your lungs. This is when the harsh tickling in the back of your throat occurs. It’s called the hit.

So, this method of inhalation is indeed a two-step process and is called indirect inhalation.

This is the exact process taking place when we do “Mouth To Lung” vaping. The BIG difference is that you don’t inhale smoke and all the nasty chemicals it contains but vapor. Hence the name, “vaping”.

NB1: There is no combustion involved while vaping. The e-liquid is simply heated by the coil and transformed into vapor.

NB2: E-liquids are made of Propylene Glycol, Vegetable Glycerin + flavorings + nicotine if you so wish + some acid (often Benzoic Acid)  in the case of nic salt e-liquids.

So, if you intend to, or are in the process of stopping smoking, we strongly advise you to use mouth to lung vaping devices.

If you want to understand why, we’ve written an article called The Ultimate Guide To Quit Smoking And Begin Vaping Successfully, you definitely should read it. It explains why Mouth To Lung devices are the best suited to allow the easiest transition from cigarettes to e-cigarettes and from smoking to (MTL) vaping.

It also, among plenty other things, gives you invaluable tips on how to choose the type of MTL device best suited for you, based on what you could prefer. So, be sure to check it out.

If you don’t know what are the different types of MTL devices? Read this article and you will.

Also, almost all the products presented here on Ecigator.com, are Mouth To Lung vaping (MTL vaping) devices. When they’re not we clearly state it.

So, you can’t get confused. And we ONLY present what we think are the very best devices. The ones we prefer anyway. So, you can’t go wrong with the devices we recommend either.

Though, you’ll have all the descriptions, explanations, info, pictures, reviews and videos you need to make your own opinion, of course.

A Word On Direct To Lung Vaping

When someone vapes using the Direct To Lung vaping technique (DL or DTL vaping), s/he’s eliminating one step from the process. S/he bypasses the mouth by inhaling the vapor directly into her/his lungs, like when smoking on a hookah (also called shisha).

There are two main factors that makes a vaping device a DTL (or MTL in fact) device.

The opposite is also true, of course. I.e. the less air you get when inhaling, the tighter and more restricted the draw and thus the closest you are to MTL vaping.

The draw/airflow doesn’t depend on anything else than the quantity of air you inhale (and is mixed with the actual vapor).

That’s why we say that, usually, a tighter airflow produces a denser vapor. Or that a dense vapor is necessary to get a satisfactory Mouth To Lung vaping experience.

When using a vaping device with a high power output and with subohm coils (subohm simply means a lower than 1ohm resistance –of the coil), the airflow needs to be more open/loose (e.g. to cool the coil since it’s at a high temperature).

NB: There are subohm coils than can definitely be used for MTL vaping, though.

More air and vapor get into your mouth. It thus become more and more difficult to try and hold the vapor in your mouth before sending it to your lungs.

MTL vaping becomes almost impossible and is therefore replaced by Direct To Lung Vaping, almost automatically. It’s like the vapor forces its way directly to the lungs using the mouth and throat as mere conduits.

That’s why the more power a vaping device delivers and, consequently, the more vapor comes into your mouth, the less you can do MTL vaping and use the same 2-step method as smoking. 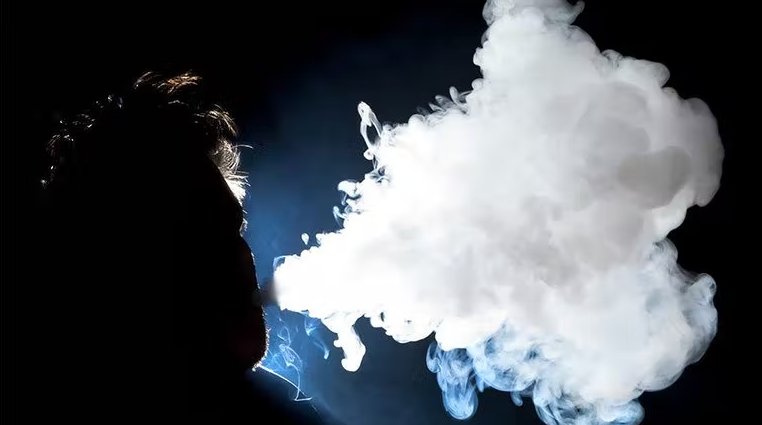 Direct to lung vaping, when it’s a real choice (not only due to lack of knowledge when purchasing a device and needing to adapt to the way it vapes, instead of you choosing the device adapted to your needs/what you want), is preferred by people who usually prioritize the amount of vapor they get instead of the hit or flavors.

We’re oversimplifying of course, but you get the idea. Just remember that if you want huge clouds of vapor, you’ll have to adapt to a different way of vaping.

Don’t get us wrong, you can get plenty of vapor with a good MTL device but cloud chasing can only be accomplished if you change your way of vaping and use Direct To Lung vaping instead of Mouth To Lung vaping.

That’s it for our descrition and explanation of the nature of these 2 types of vaping.

We hope you now have a better understanding of how MTL vaping and Direct To Lung work and why.

Next, What Are The Different  Vaping Devices To Mouth To Lung Vape?

The Different Vaping Devices for Mouth To Lung Vape

Tobacco Bonds and the War on Vaping
Scroll to top