Vaping vs Smoking
How Vaporizers, E-Cigs, and Cigarettes are Different

Smoking is something that we humans have been doing for a long time. How long, you ask? Well, it all started back in 5,000 BC when smoking was done as part of shamanistic rituals. Ever since then, people have smoked everything from tobacco, to cannabis, to opium, and plenty more. 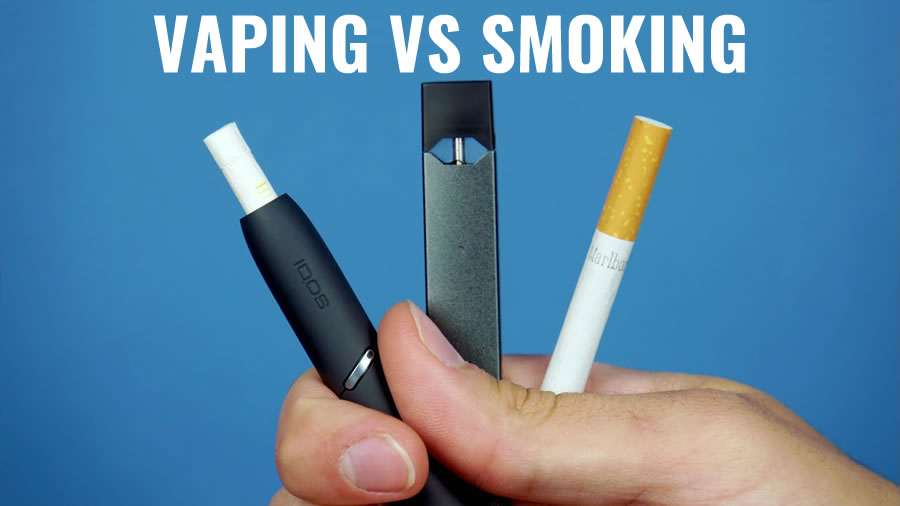 Today’s tobacco products like cigarettes are filled with additives and chemicals that wreak havoc on our bodies. Now that vaping is gaining ground as an alternative, it’s time to level the playing field. Vaping vs smoking: who wins? Today you’ll find out.

A BRIEF HISTORY OF SMOKING AND VAPING

Smoking began in the Americas as a part of shamanistic rituals as far back as 5,000 BC. When the Europeans came and saw this new plant called tobacco, they went into a blind business rage and started spreading, selling, and consuming it. Following reconstruction, new farming equipment led to the creation of the cigarette.

During the 1920’s when cigarettes became more popular and life expectancy went up, it became more noticeable that these things weren’t good for your health. In 1929, a resident of Dresden, Germany by the name of Fritz Lickint published his evidence of a link between lung cancer and tobacco.

This led to a major anti-smoking movement in Nazi Germany.  In 1964, the United States Surgeon General’s Report on Smoking and Health also discovered this same link. Each year, over six million people die as a result of cancer-related diseases caused by smoking.

Vaping, on the other hand, started back in the 1960’s and has just now caught on as a major movement to help people move away from traditional cigarettes. It all started with Herbert Gilbert who was the first to patent a “smokeless non-tobacco cigarette.”

The idea didn’t catch on right away. This was back when smoking was popular and people weren’t as concerned about the health effects. Jump to the year 2000 and another person named Hon Lik started a company that would develop the e-cigs we know and love.

The original concept was meant to create a tobacco vapor from a diluted liquid. The main draw was the fact that this method has far less nicotine and would help people ween themselves off of their cigarettes. While the first e-cig was nothing more than a battery, a tube, and a heating element, the formula started a new era for smokers.

VAPING VS SMOKING: THE FINAL SHOWDOWN

The question on everyone’s mind is this: “Is vaping healthier than smoking?” You’ll find arguments on both sides because vaping hasn’t been around long enough to measure the long-term effects. That being said, the American Heart Association has weighed in with their opinion:

“E-cigarettes ether do not contain or have lower levels of several tobacco-derived harmful and potentially harmful constituents compared with cigarettes and smokeless tobacco. E-cigarettes also present an opportunity for harm reduction if smokers use them as substitutes for cigarettes.”

It’s not a ringing endorsement, but it’s something. Given this, let’s take a look at some of the major differences between vaping vs cigarettes.

Burning tobacco and smoking cigarettes produces a residue commonly referred to as tar. This substance is toxic, and it damages your lungs over time. Tar is also known to damage teeth, gums, and taste buds as it accumulates in your mouth.

To be fair, this kind of buildup comes from any type of plant material used in smoking. In this first round, the winner is easily vaping. The process by which vapor is produced doesn’t create tar, thereby eliminating the issue entirely in this regard.

At a basic level, the long-term costs between cigarettes vs vaping is astonishing. Let’s assume that a pack of cigarettes costs $10, which is on the low side of things. Now we look at the cost of a vape pen or vaporizer, and let’s say for the sake of argument that it’s $100 even.

While paying $100 up front may seem like a lot, that’s only ten packs of cigarettes. The average smoker goes through four to six packs per week! In less than two weeks, you’ll spend the same amount on cigarettes as you would have just buying an e-cig or a vape pen.

Let’s take a look at this from a different perspective. Here are some real statistics via Nerd Wallet that will put this into perspective for you:

For vaping, you still need e-juice which can cost anywhere from $10 to $15 per bottle, but depending on your vaping habits these bottles can last anywhere from a day to week. In the end, the long-term cost is way higher with cigarettes than vaping.

This is where the argument really settles into a groove. When you smoke a cigarette, you’re not just getting tobacco and tar in your lungs. You’re also inhaling thousands of chemicals! These chemicals are linked to a huge list of diseases as well.

Here are just ten chemicals you inhale every time you smoke:

That’s just ten of them. There are thousands more that all do something similar, or worse to your body. According to an Australian scientist by the name of Dr. Karl Kruszelnicki, the polonium alone in cigarettes is equivalent to 200 chest x-rays a year for those who smoke at least one pack a day.

Now, let’s take a look at the chemicals found in e-cigs and vapors:

That’s it. While these flavorings and substances have not been used for long-term tests, the current standing on them is far better than the chemicals used in cigarettes. The main point is the lack of carcinogenic chemicals that can cause cancer.

The Chair of the Tobacco Control Task Force, Dr. Joel Nitzkin, has said that the hazards posed by e-cigs is less than one percent of the hazards caused by smoking cigarettes.

We know the health risks involved, but let’s talk about general safety when it comes to smoking vs vaping. The truth is, vaping can be dangerous if don’t know what you’re doing. At the end of the day, you’re using an electronic device, so certain care needs to be taken to avoid any issues.

Battery usage is one of the first things a vaping enthusiast should know when vaping with sub ohm atomizers. For example, sub ohm tanks should not be used with mechanical mods that have hybrid top caps. If you’re in doubt, check forums and ask questions to ensure you’re not putting yourself in any danger. 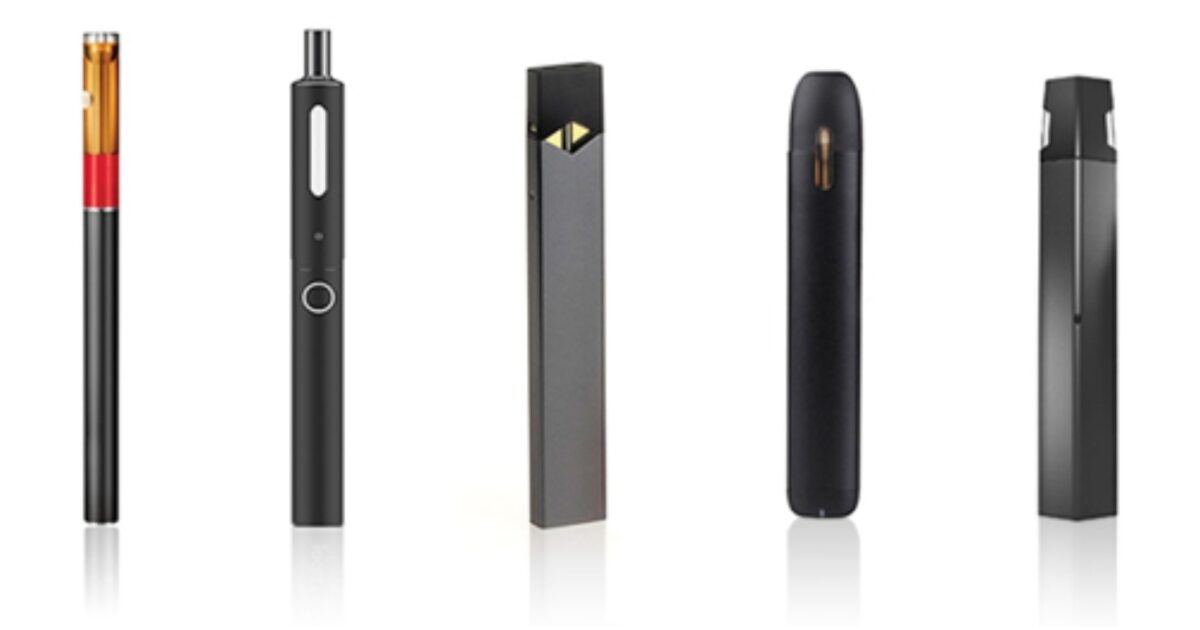 In terms of the actual danger posed by vape pens or e-cigs, it’s about the equivalent of the danger you take on when using a cellphone or a laptop. If you’re using mods, you simply need to know the proper wattage and resistance levels that will work safely with the battery you have installed in a custom vape pen.

Now, let’s look at cigarettes. According to a study done by the National Fire Protection Association, cigarettes cause a quarter of all fatal fire deaths each year in the United States. That’s over 1,000 deaths that happened because someone fell asleep while smoking or didn’t put out their cigarette.

In addition to these deaths, there are an addition 3,000 injuries per year as a result of cigarette fires. The difference in safety between cigarettes and vaping is huge in this regard.

Today there are over thousands of brands of e-cigs to choose from and counting. This industry has been growing and evolving into the penultimate winner in the battle of vaping vs smoking. You can find these things online, and in any store where you would normally buy cigarettes.

With over 7,000 flavors ranging from tobacco, to fruits, and even to exotic flavors like chocolate strawberry and plenty more, there’s a better experience to be found with vaping.

Whether you’re vaping to quit smoking, or you just want a healthier alternative, it is a far safer option than the traditional method of smoking cigarettes. So, next time you go into the store to buy a pack, take a look at the e-cigs first.

So You Want to Open a Vape Lounge?